* In case of any delay in receiving the OTP, you may verify it later. Please proceed without verification.

Enter your City name or Pincode

Rupnagar is a District Headquarter and Municipal Council town in Rupnagar District of Punjab state. It is located exactly on the bank of River Satluj, while Sirhind canal passes through the heart of the town. The town also happens to occupy a very prominent place in ancient and medieval history of Punjab, some even referring it as one of the oldest town of Punjab state. Besides, its prominence also stems from its immense proximity to important cities like Mohali and Chandigarh. 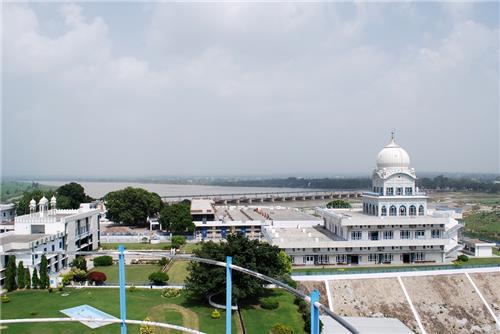 Profound archeological discoveries made many decades back has unequivocally proven that great Harrappa - Mohanjodharo civilization had once thrived in this town. Making this town one of the oldest towns in entire Punjab region. Recorded history of Rupnagar, however, starts from medieval era. To be more precise, it starts from 11th century, when this town is believed to have got its present day name ‘Rupnagar’. The name is partly driven from king Rokeshar’s eldest son ‘Rup Sen’. King Rokeshar was a small time local king of Rupnagar during medieval era. His regime was considered too brief and uneventful, but all regimes that followed after fall of his regime were anything but uneventful. These regimes were mainly indigenous Sikh kingdoms. Few of them even leaving a great legacy in this region. These apparently great kingdoms were ruled by S. Hari Singh Rais, Raja Bhup Singh and Guru Gobind Singh Ji. Here mention of Guru Gobind Singh Ji especially deserves a special mention, who is actually 10th Sikh guru in Sikh religion. He started revolutionary Khalsa movement in adjoining town of Anandpur Sahib in 1699. This movement literally brought a new renaissance in Sikh religion.

With very resilient service sector and equally promising industrial sector firmly at its back, Rupnagar town easily fits into coveted category of ‘emerging towns of Punjab state’. Growth generated from these two critical sectors is steadily propelling this town on desired path of economic development. Service sector is especially showing immense promise, with its growth firmly visible through hordes of banks, restaurants, hotels, hospitals and other service oriented companies operating in this town. However, sheer lack of skilled labourers is one problem that is literally plaguing the growth of local Service sector. Owing to which big and even medium size MNC companies are absolutely nonexistent here. The problem of shortage of skilled labourers is actually universally prevalent in small towns like Rupnagar town. Coming to industrial sector, then full fledged industrial areas are operating in adjoining towns of Morinda and Naya Nangal. These industrial areas are pretty big and are home to quite a few large scale industrial plants as well. Just like service sector, these industrial areas are also helping this small town in charting the path of economic development. Besides, they also symbolize economic ambition of this town. Overall, ever improving Service sector and equally resilient Industrial sector gives us more than sufficient reason to believe that Rupnagar’s economy indeed has a very strong and resilient foundation.

Today Rupnagar people certainly enjoy more choice in hospitals, chemist shops and general clinics than ever before. More importantly growth of all these healthcare facilities hasn’t just centered merely around Rupnagar town, but has spread across to even adjoining towns like Anandpur Sahib, Chamkaur Sahib, Kiratpur Sahib and Morinda. This inclusive growth has obviously had a very positive impact on overall quality of local healthcare services. Something that is very much visible through steadily increasing numbers of cured patients and other critical healthcare indicators. Rupnagar town is also very much indebted to Mohali and Chandigarh cities. This is because every year thousands of Rupnagar’s seriously critical patients are successfully treated in many of the multi specialty hospitals of these two prominent cities. In the end we will have to conclude that today Rupnagar town convincingly fulfills all the perquisites of efficient and reliable healthcare services.

Just like healthcare services, even public transportation has successfully managed to chart trajectory of positive growth. More than sufficient numbers of auto rickshaws that are currently plying on the streets are clear proof of this fact. Owing to which today local commuters hardly have to struggle to get an auto rickshaw, whereas few decades back situation was exactly opposite. This startling change in situation is hopefully sign of far more better things to come in near future. As for Rupnagar’s connectivity with rest of Punjab state is concerned, then that is very well taken care by Rupnagar Railway Station. It is directly connected to Amritsar, Delhi, Ambala, Haridwar and Chandigarh. Besides, it is also directly connected to hordes of small villages in rest of Punjab. Furthermore, National Highway 21 passes through Rupnagar Town. It directly connects Rupnagar to famous Manali hill station in Shimla state. Every years millions Madhya Pradesh’s tourists use this highway for travelling to Shimla.

Today with nearly 20 reputed banks operating their branches in Rupnagar town, it won’t be wrong at all to compare Rupnagar’s banking services with banking services of any big urban cities of India. You name any name reputed bank and you’ll most probably find their branches operating in and around Rupnagar town. Be it reputed commercialized banks like ICICI and HDFC bank or be it immensely trusted nationalized banks like Canara Bank and Central Bank of India. Furthermore, local cooperative banks and small micro finance companies further add up to already efficient banking services. Needless to say easy availability of all top class banks and other important financial institutions has augured well for local people here. They get the privilege of enjoying all the modern banking services and relish all the positive difference it makes to their day to day live.

In the end all we’ve to say is that today Rupnagar town indeed has very robust and efficient banking services. As we had said in beginning of the paragraph itself that today its services are easily comparable to any big urban city of our country.

Rupnagar town offers many worthwhile places to visit to its tourists and locals alike. There are beautiful gurudwaras, a popular dam and quite a few other enchanting places. Brief Information about all these places have been given below.

Gurudwara Parivar Vichhora Sahib: This historical and beautiful Gurudwara is located in small village of Nangal Sirsa, just 14 kms away from Rupnagar town. The sheer majestic and larger than life view of this Gurudwara makes one loss for words. But for Sikh devotees it is the history of this Gurudwara that takes precedence over its beauty. To tell you more about its history, then place where this beautiful Gurudwara stands today was place where Guru Gobind Singh – 10th Sikh guru - had fought furious battle against local king Wazir Khan. History reveals that neither group won the battle, but battle lead to Guru Gobind Singh’s separation from his family.


Safety and Security in Rupnagar

There is a Police station located in very heart of the town. Besides, police stations are also operating in all the important adjoining towns as well. Presence of all these police stations coupled with the fact that Roop Nagar town has always enjoyed low crime rates lends enough confidence to local people to live their lives care freely. However, bustling town like Rupnagar town cannot remain immune to pity and small crimes. They do occur randomly here, but owing to their pity nature they hardly manage to disturb law and order equilibrium existing in this town. As for major or big crimes are concerned, then there occurrence is very much rare. Overall, Roopnagar town is completely stable and peaceful town. Local people of this town have no reason at all to worry about their safety and security.


Rupnagar at a glance

Comments / Discussion Board - About Rupnagar